A reflection on the 2019 season at HRP 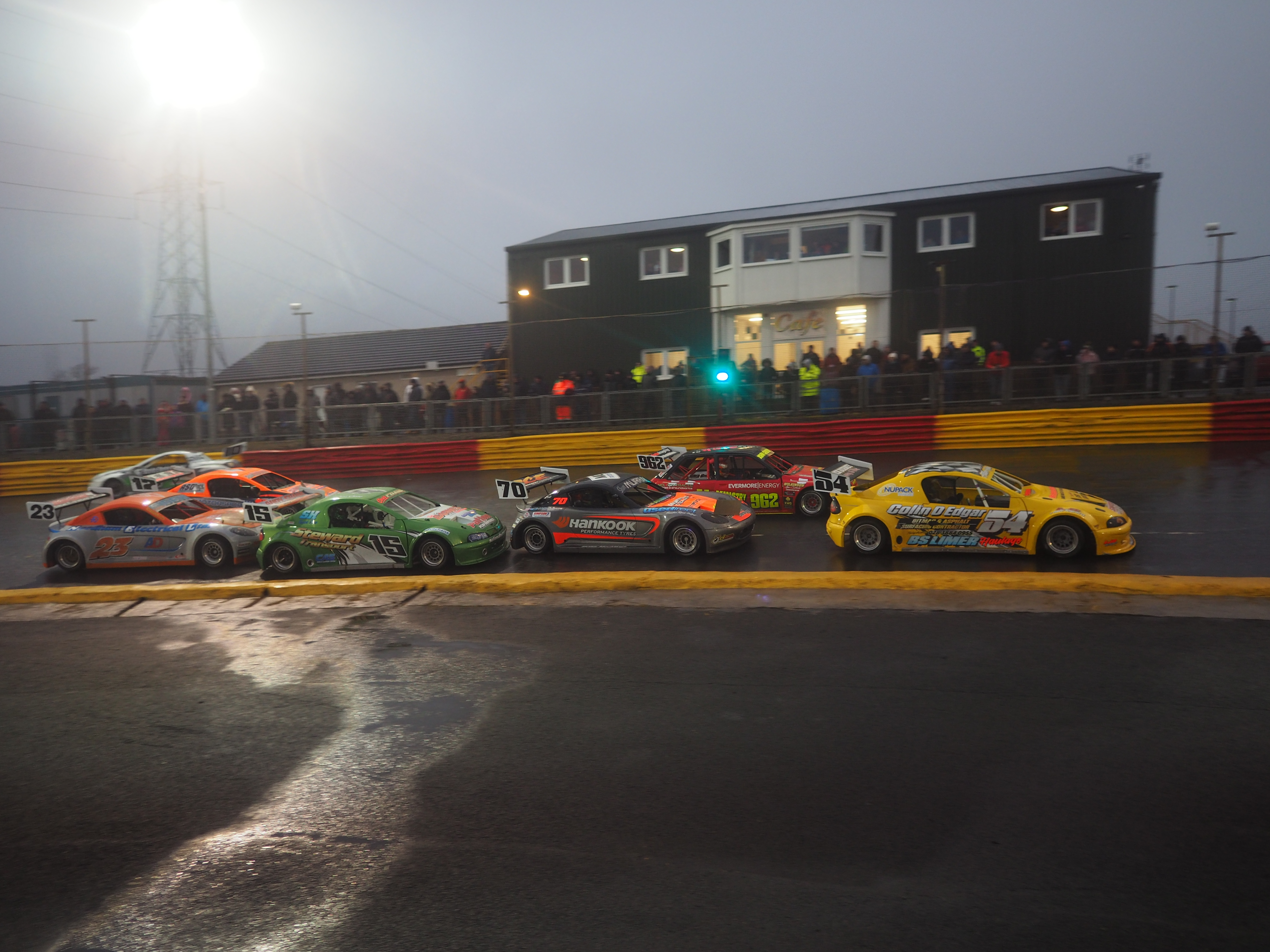 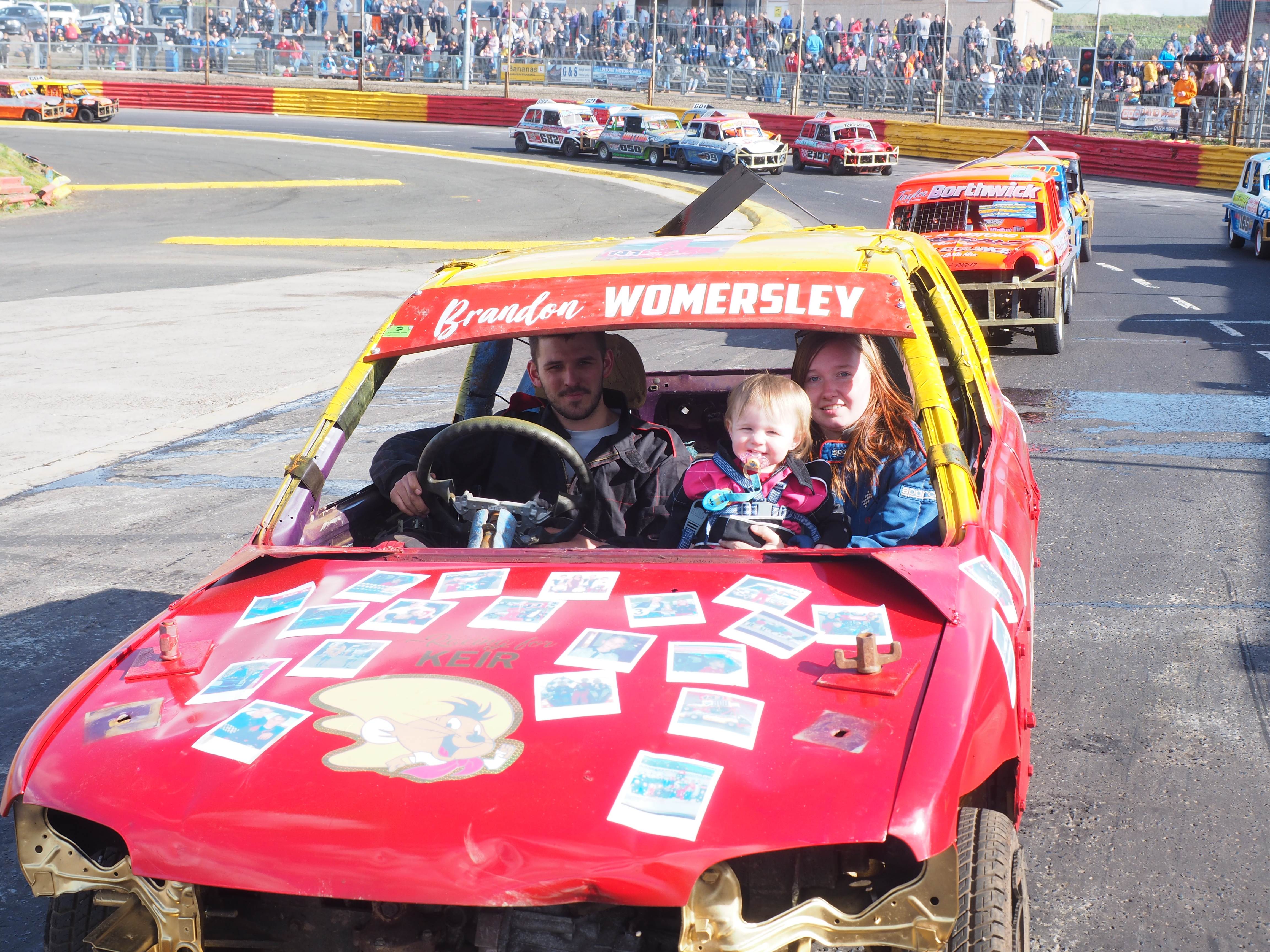 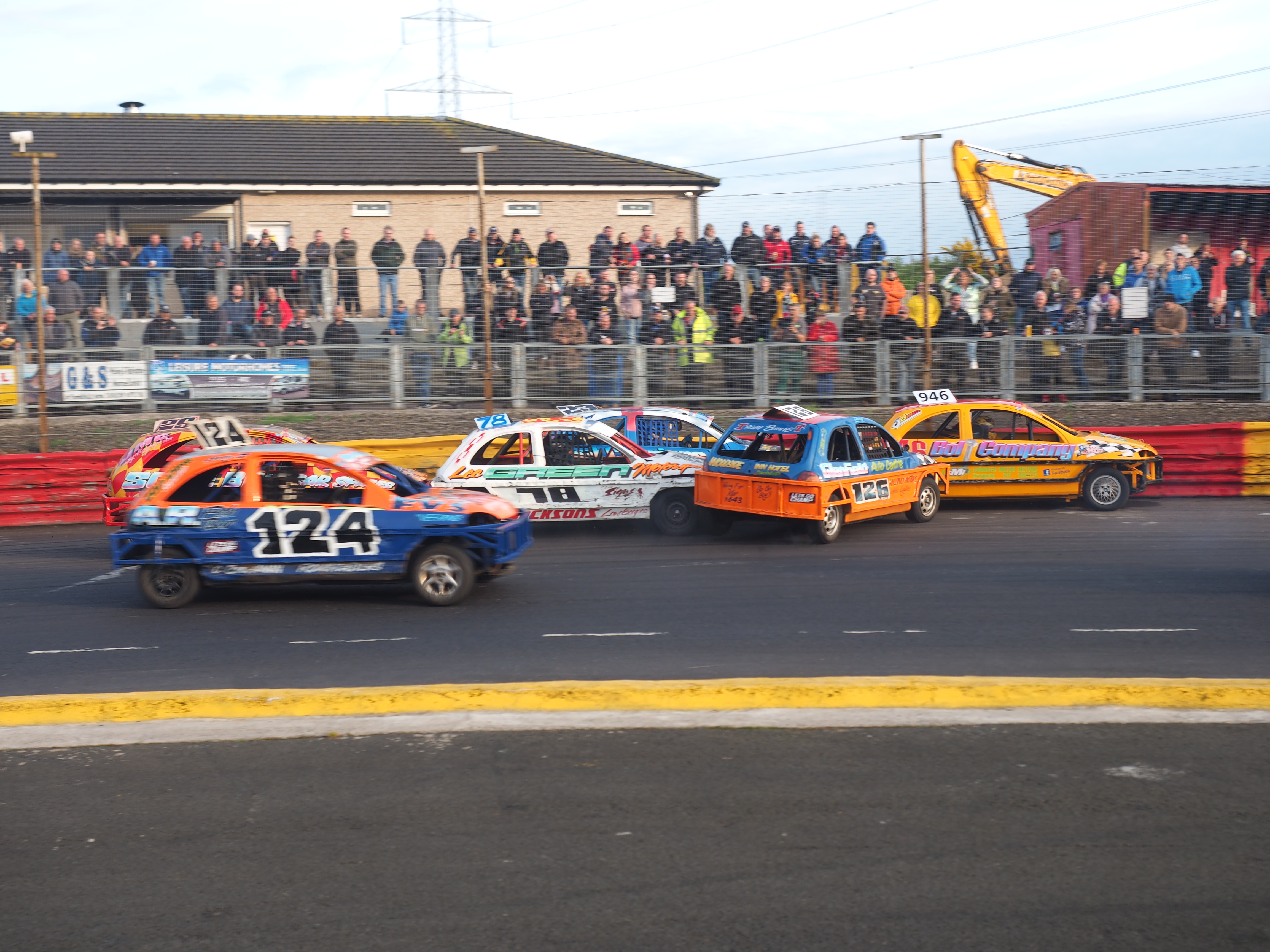 A change of personnell at the beginning of the 2019 season seen a number of questions raised about just how the 2019 season would go with such a change so close to the beginning of the season. The team at HRP hit the ground running as the season kicked off with a fantastic event featuring the National Van Bangers, where Neil Naismith took away the much sought after Shaun Walsh Memorial shield.

That was just a sign of things to come as the track staff at the venue mustered together as the season wore on, providing many slick turnarounds and ensuing great flowing racing. The drivers also played a huge part, as they turned up in there numbers on many occasion to put on an excellent showing whatever the weather.

The National Hot Rod European Championship kicked off the first of the Speed Weekends back in April in wet conditions. Shane Bland was arguably the driver of the weekend, putting in an epic performance in the conditions and looked almost untouchable. However, with a race win being taken off of him, it put him a little further down the grid than he would have hoped for, and as a result, featured in a superb race long battle with the eventual winner, Jason Kew. Jason has been a regular attendee at Lochgelly Raceway over the years and finally took the title after a number of occasions where he narrowly missed out.

A superb race meeting was had as we remembered Keir Millar in the final round of the 2019 series. A hugely successful Coupe Car event seen almost 70 participants as we encouraged a fun day at the track as we set about setting the mood for the evening. The Micro Bangers, Ministox and Ninja Karts all entertained throughout the evening as they put on a fine showing the Millar family would have been proud of.

A lot of work behind the scenes from ATP Spray Finishing, ASD Welding and JP Fabrications seen Aiden Moffat make a guest appearance in the 2.0 Hot Rods at their European Championship weekend. Jim Pitcaithly looked to be in with a shout of taking the silverware before a coming together seen his race end against the crash barrier.

The first half of the season was rounded off with the Caravan Bangers event, an event where Norman Moore stole the headlines as he went out and entertained to the best of his ability, hitting and destroying every car and caravan on track which was a delight to the huge crowd in attendance.

The Unlimited Bangers returned to Scotland for the first time in several years as they battled it out for their Scottish Championship. A meeting that nobody quite knew how it would go given how Unlimited Bangers have performed in years gone by. However, a bit of publicity and a decent prize pot encouraged a good turnout of drivers, many local, and many travelling. There was a lot of positivity about the race meeting as people spoke about how well it went, with many eying a return in 2020.

The Stock Rods raced for their LSR World Championship in August, whilst the Superstox also battled it out for their own World Championship on the same weekend. A huge turnout of cars for both Stock Rods and Superstox seen almost 40 cars in each formula in attendance across the 2 days. Both formula provided some excellent racing and was possibly one of the best speed weekends that we have seen here at Lochgelly Raceway with a great balance between contact and non contact racing. Derek McMillan took away the Stock Rod title, whilst Michael Green took the Superstox equivelant.

The Ministox carried on their fantastic year as they raced for their National Championship at the August Speed Weekend, an event won by Taylor Borthwick after a fantastic battle with Aaron Richards that seen the race go right to the line!

The 2019 Ace Car Disposals Micro Banger World Cup seen the biggest ever turnout of bangers at Lochgelly Raceway as over 100 cars participated across the 2 days of non stop action. A superb turnout of drivers was accompanied by a great turnout of spectators as they cheered and jeered the drivers creating a fantastic atmosphere within the new grandstand and around the terracing.

The Micro Bangers were again in action as we hosted our first Charity Evening, as we remembered Michelle Freck who we lost at the end of 2018 after a short battle with illness. The 1300 Stock Cars stole the show on the evening as the bumper brigade provided superb action from start to finish on the night. A ladies 1300 race went without too much drama with around 20 ladies taking to the track and only a handful of cars finishing! A number of passenger experiences took place on the night as we raised money for the respected charities.

A superb amount of just under £7,300 was raised with both Strathcarron Hospice and SAMH getting the money raised split equally between them.

The season rounded off with the Van Banger Scottish Championship and Firework Finale - an event that seen our biggest ever amount of advance tickets sold and the busiest the venue has ever been. The Van Bangers put on a show like no other as over 20 vans participated, including Marcus Chant (all the way from the south of England). 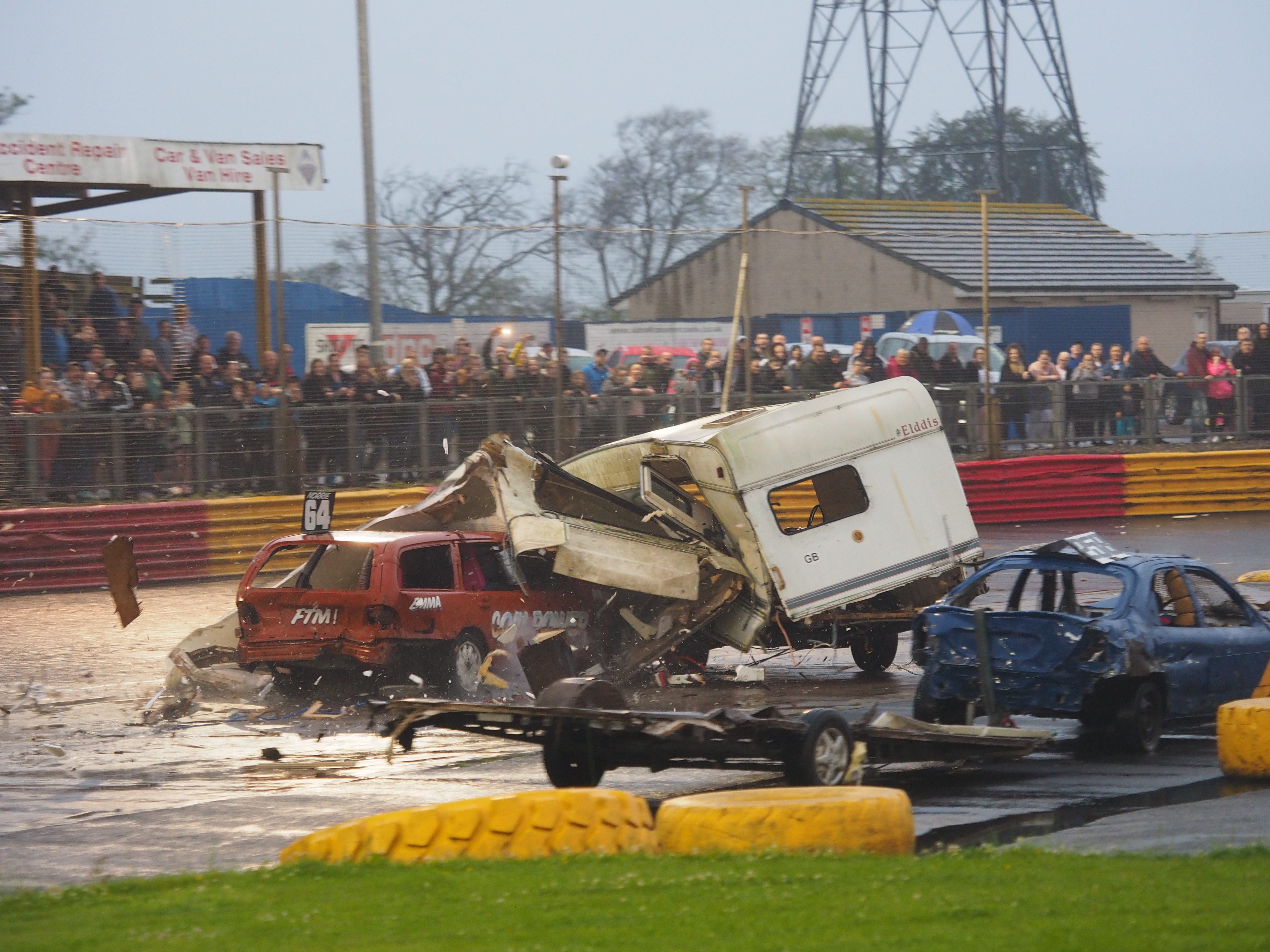 As a reward for the efforts that the drivers put in across the year, a presentation night was held on the 30th November at the Dean Park Hotel. Many drivers attended, with various awards given out on the night, in a night that went well and one that we look to hold again in the coming years.

The team at Hardie Race Promotions would like to extend our thanks to;
- our sponsors who have contributed greatly over the 2019 season. We hope that many of you will be back on board with us for the 2020 season.
- our race teams who have turned up in all weathers throughout the season to put on a show, and a very good show it was across the course of the season.
- our spectators, alike the drivers, without you, it wouldn't be worth running events. You have supported us greatly throughout the 2019 year despite some atrocious weather conditions. We hope we will see you all back with us in the 2020 year.
- our race team - the guys that make the events happen on track. Without the time and effort put in, things wouldn't work as well as they have and racing wouldn't be able to continue. A superb team effort from you all in the 2019 season!

Plans are being finalised for the 2020 season and early driver numbers look encouraging - we hope we can carry on the momentum shown this year, and bring an even better 2020 to you all!