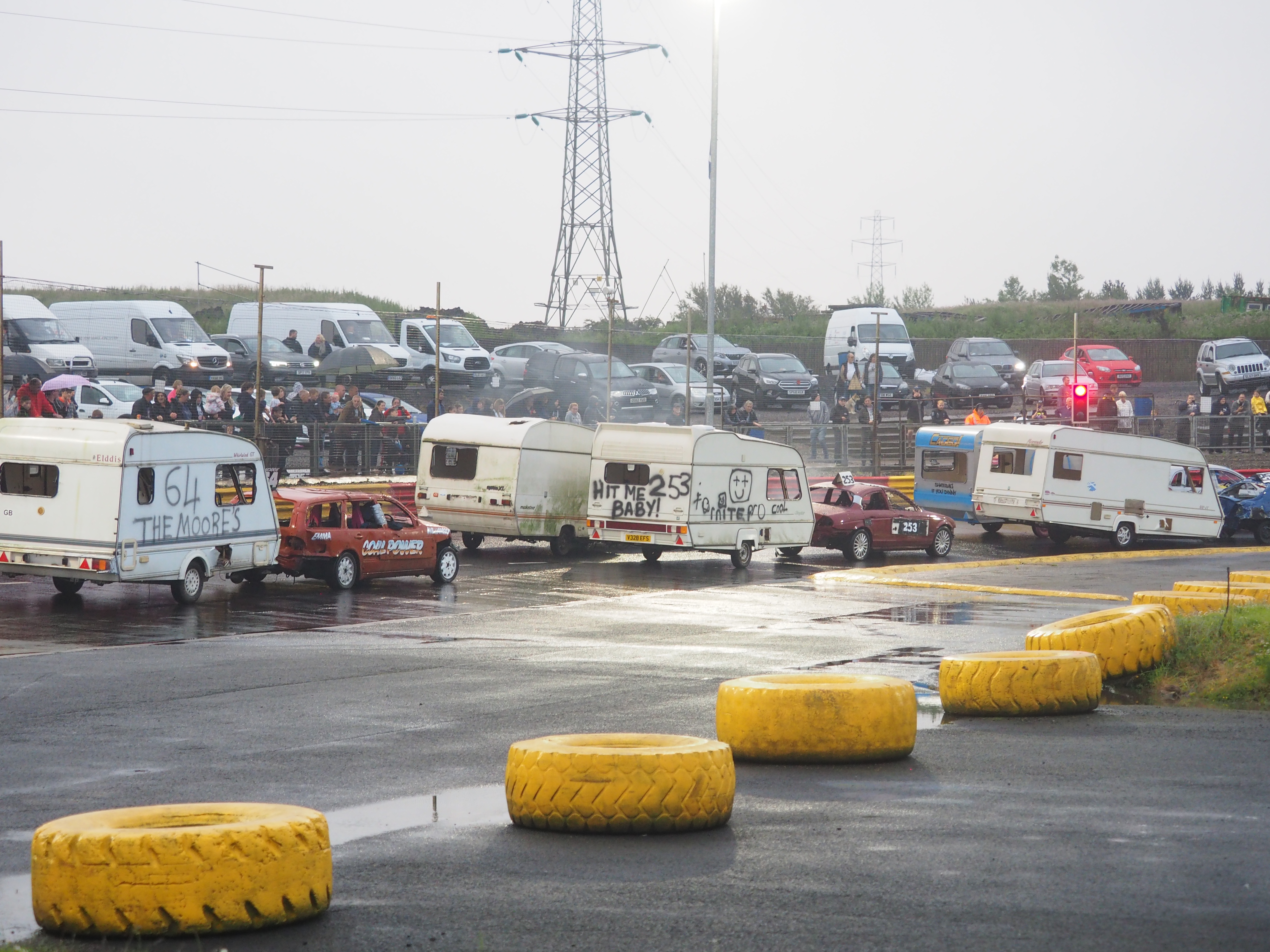 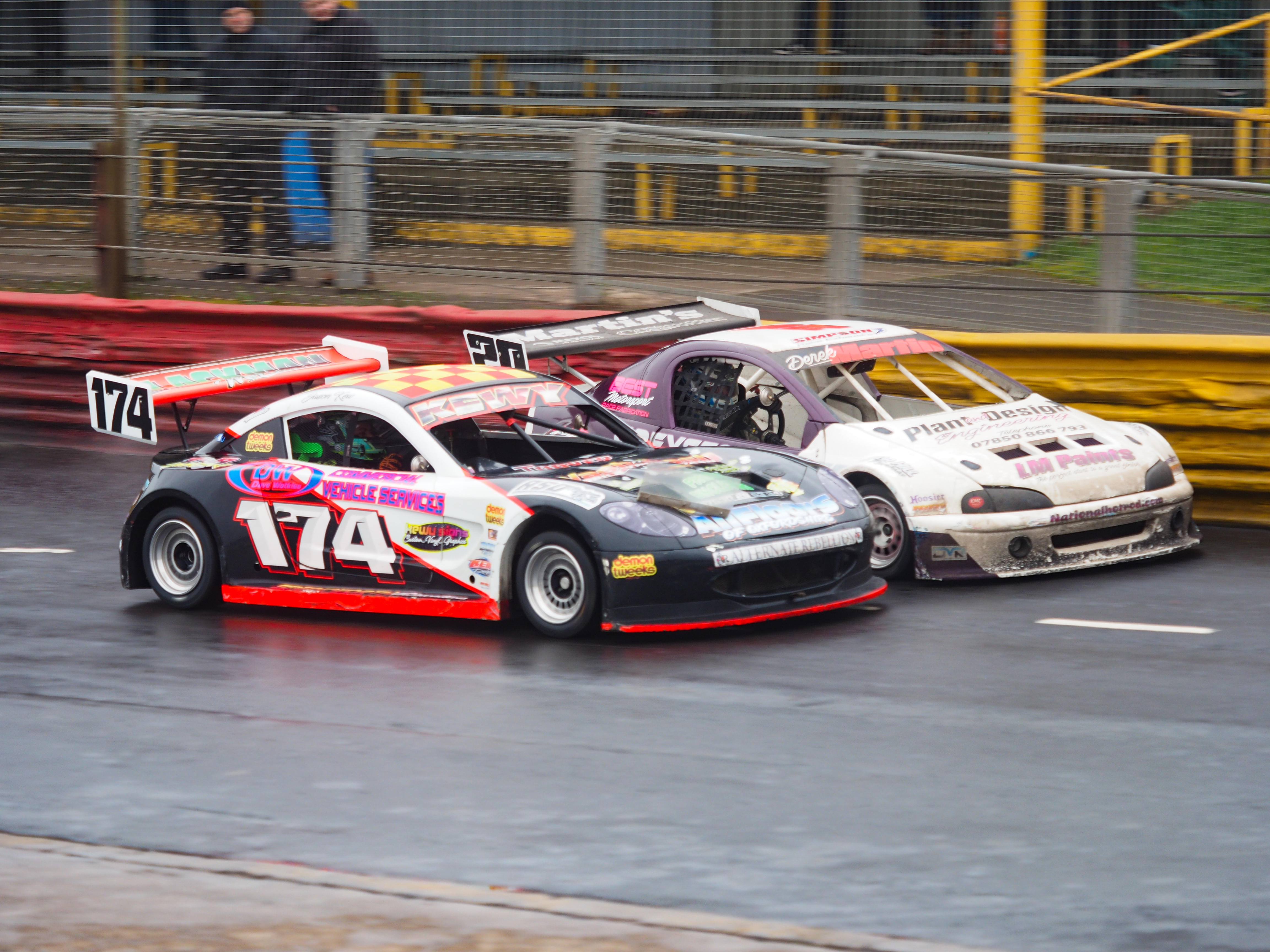 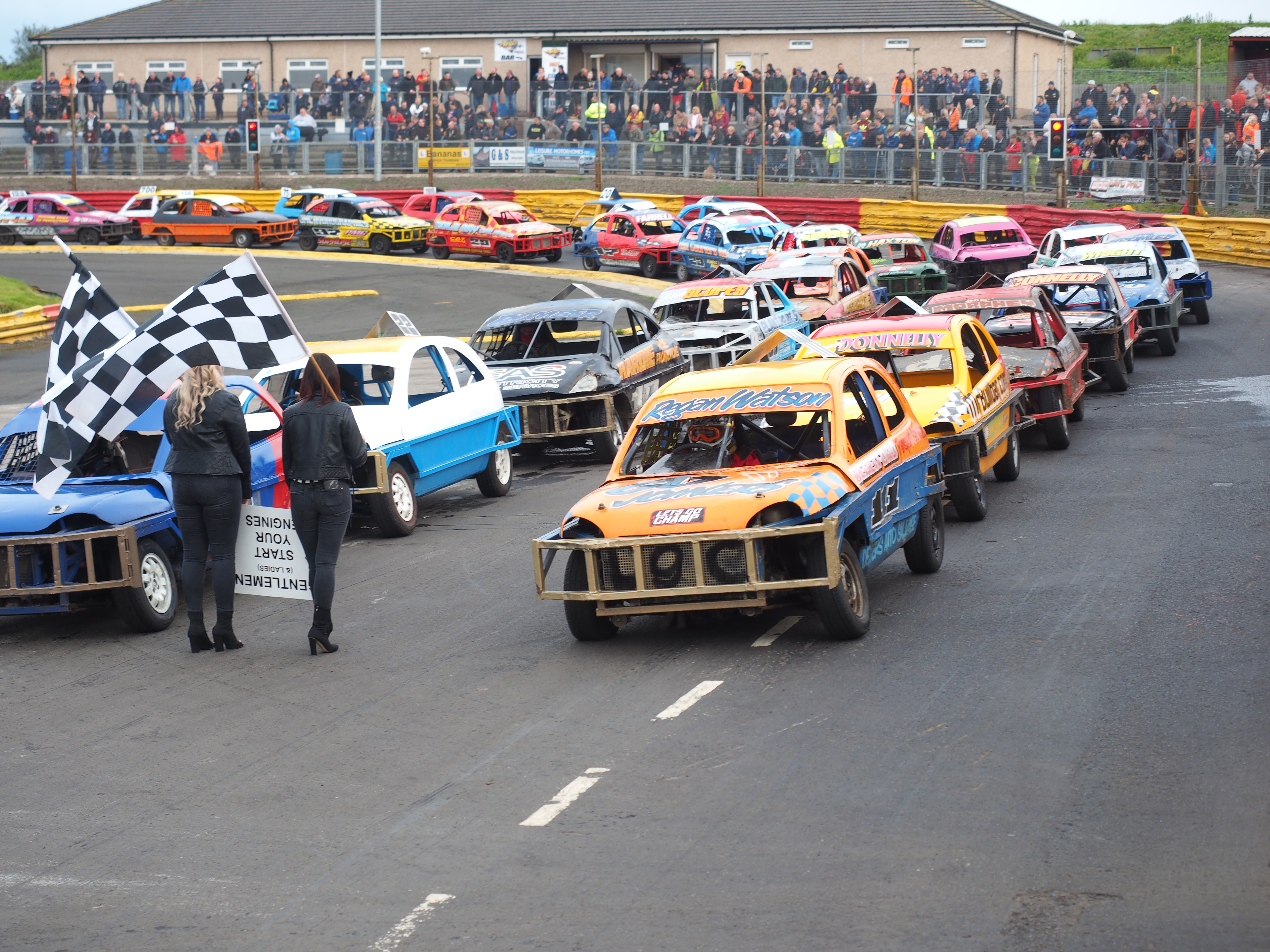 After an excellent 2019 season, all eyes are now firmly on the 2020 season ahead and Hardie Race Promotions are delighted to announce that our 2020 season fixtures are now online!

In what is the 10th anniversary season of Lochgelly Raceway, we have a few fantastic fixtures lined up throughout the season, with an extra speed weekend in July as we celebrate the tracks 10th year of running.

The season kicks off on February 29th, in what is now customary fashion with the Big Van Bangers kicking off the season with a bang - The annual Shaun Walsh Memorial Trophy will be up for grabs at this event, and Neil Naismith will be looking to retain the title he won in 2019.

The National Hot Rods will again see the European Championship hosted at Lochgelly Raceway on the weekend of April 25th and 26th. Jason Kew will be out to defend the title that he won in 2019, though will face some serious competition in the UKs premier non contact oval racing formula in the battle for the red and yellow chequered roof. The Classic Hot Rods will be racing for their Open Scottish Championship at the same weekend.

Our meeting on the 9th of May will see a similar fixture to the event last year, featuring Micro Bangers, Ministox, Ninja Karts, plus a coupe car event to kick off the evening's entertainment.

June will see a busy month as we host the 2.0 Hot Rod and Superstox British Championships, whilst the Rebels are back with us as they race for their European Championship on the weekend of the 6th and 7th June. The Caravan Carnage event will take place on the 13th June, before the mighty BriSCA Formula One Stock Cars return to Scotland at the end of June, with racing taking place here at Lochgelly Raceway on Sunday 28th June.

September the 5th and 6th will see the 1300 Stock Cars take centre stage as they battle it out for their WORLD CHAMPIONSHIP, whilst the Stock Rods will also be racing for their EUROPEAN CHAMPIONSHIP. The Oval Track Legends are also expected to be with us as they race for their own annual European Championship here at Lochgelly Raceway.

Our fifth and final speed weekend of 2020 will see the Micro Bangers battle it out for their World Cup and Open Scottish Championships as we look to continue the success of the 2019 event. The Junior Bangers, Junior Productions and ProStocks will all also be in action across the two days.

Saturday 31st October will see our annual charity meeting take place, where passenger experiences will again be offered as we look to continue our fund raising efforts for worthy local causes.

The 2020 season finishes off with the 2020 Van Banger Scottish Championship and Firework Final on Saturday 7th November!

Our Junior formula are hugely important to us at HRP in ensuring that the future of the sport is safe, and all of the Junior formula have shown great support to us here at Hardie Race Promotions in recent years, and with all of them blossoming, it was only fair that each of Ninja Karts, Junior Productions and Ministox have a good share of race meetings in the coming season.

The Junior Productions look set to have an influx of new drivers taking to the track as they look to become an established feeder formula for Stock Rods and other senior formula. The Ninja Karts also look set to have another spectacular year, with well over 20 drivers expected at the majority of race meetings for the second season in succession, whilst the Ministox look set for another superb season on track with many former Ninja Kart stars now establishing themselves in the formula, with many more coming in!

Back 2 Basic Bangers return for the 2020 season with a few dates spread across the season, including a RAMP RACE! 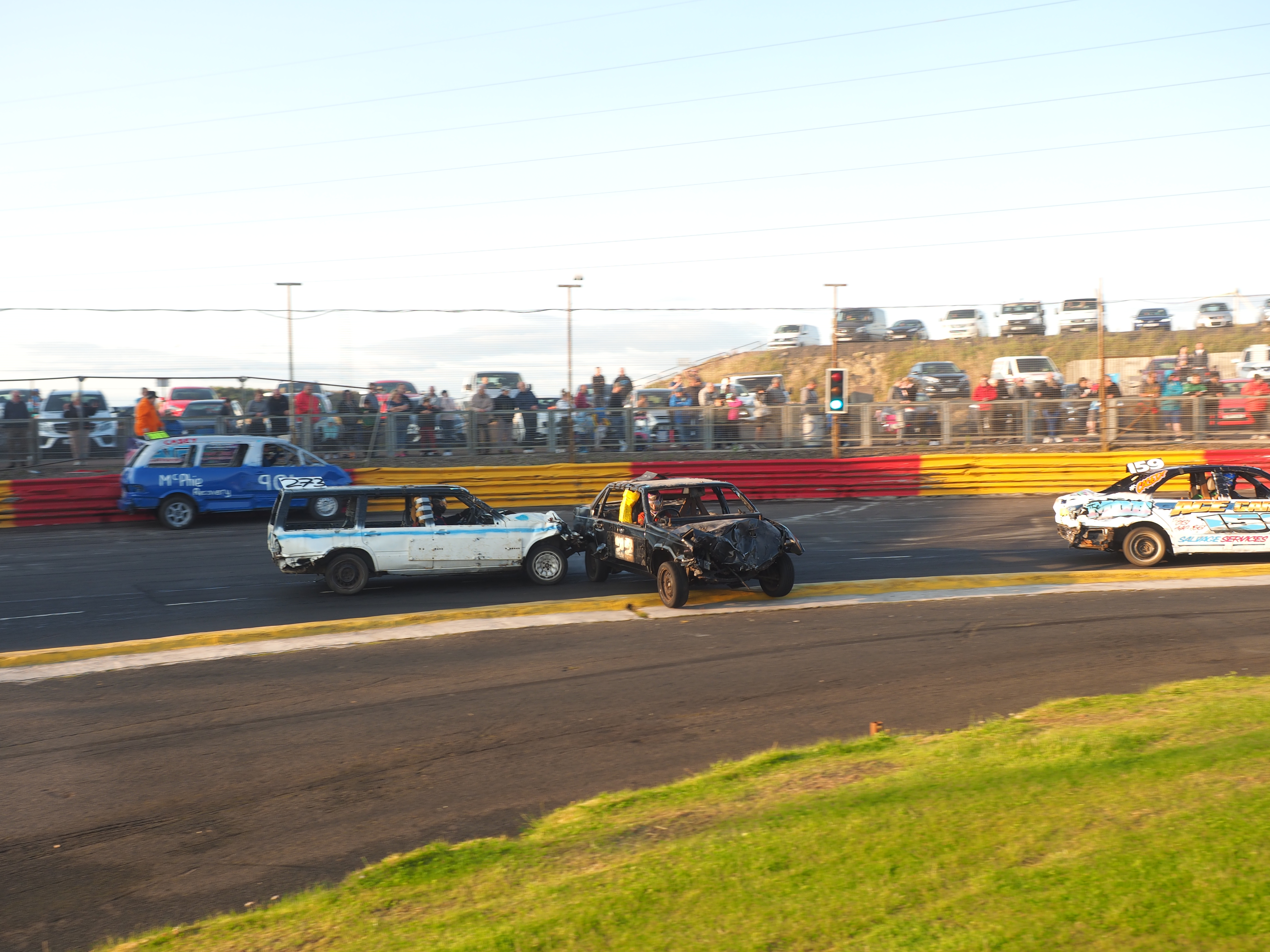 Off the track, things continue to step forward here at Hardie Race Promotions with more work being done across the winter to improve the facilities at the venue. Our new grand stand continues to have work done on it with the upper decking nearing completion, with disabled access now available via a newly installed ramp.

To add to the big occasions atmosphere, a new tunnel has been built on the pit lane leading to the track, that will be sure to keep the noise in and cause an almighty echo, particulary with the likes of National Hot Rods and BriSCA F1! 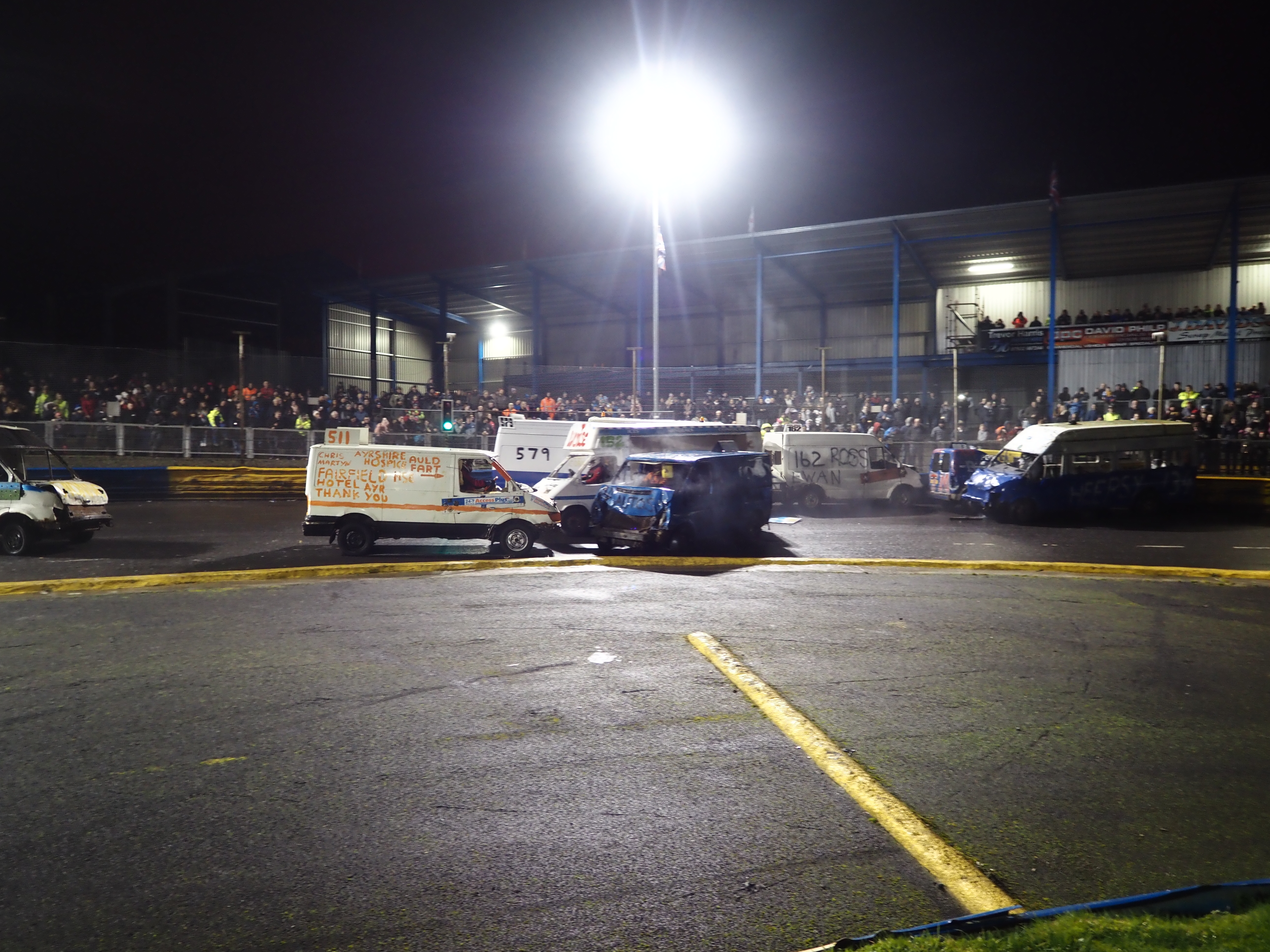 Before the season kicks off, we hope to see you all at Motorsport with Attitude at the beginning of February, or at one of our pre season practice dates on Sunday 16th and Sunday 23rd February!

Merry Christmas, and a Happy New Year from all of us at Hardie Race Promotions!